The Arts Month insanity is upon us once again. With literally hundreds of exhibitions in Wan Chai, Central and Wong Chuk Hang over the next fortnight, anyone with an interest in art can be forgiven for feeling a little overwhelmed. While commercial art is the order of the day, with at least three art fairs – Art Basel Hong Kong, Art Central and the Asia Contemporary Art Show – opening this month primarily for collectors, there are still plenty of shows and events out there for everyone to see and appreciate. Here are our picks:

Breathing space in Hong Kong, or the lack thereof, is the theme of this group show at the Asia Society. Eleven Hong Kong artists share their love, and their hate, of the city’s peculiarly squashed living environment. Don’t miss Chilai Howard’s video The Doors (2008) – a film that finds a joyful rhythm to living in a public housing estate – nor Cheuk Wing-nam’s hypnotic “sound sculpture” Avaritia – Silent Greed, comprising cut wine bottles hanging from the ceiling. Also, one of Antony Gormley’s Event Horizon naked-man statues has returned to the centre to cast an impassive stare over the business district. Seemingly random words, made of droplets, are each displayed for a fraction of a second in a nine-metre-tall curtain of flowing water, in this media installation by German media artist Julius Popp. He captures the fleeting world of digital information in an endless stream of buzzwords – such as “king”, “connect” and “Italian” – selected by an algorithm that searches newsfeeds in real time. Bit.Fall has appeared in New York’s Museum of Modern Art, as well as Australia’s Museum of Old and New Art, and will now be in a local shopping mall for all to see. Nonny de la Peña: Passage: The Life of a Wall on Lin He Road

In 1995, Chinese artist Lin Yilin built a concrete brick wall in the middle of Lin He Road in Guangzhou. As the wall got bigger, traffic worsened and drivers were forced to detour. That powerful study of an individual’s relationship with a fast-changing city is being recreated in virtual reality by Nonny de la Peña, who is known as an “immersive journalism pioneer” – she uses virtual-reality technology to create scenarios to help people get stories in the news. Her take on Lin’s Safely Manoeuvring Across Lin He Road is expected to pique curiosity. The term “gender fluidity” may have gained currency only in recent years, but the third exhibition of M+ Pavilion makes an intriguing observation: the heyday of Hong Kong pop culture coincided with the fact that gender fluidity was a common theme adopted by singers, actors and film directors. The museum’s first exhibition on Hong Kong pop culture gets its statement across by showing how local artists challenged traditional gender roles in the 1980s and 1990s, through costumes, film narratives, graphic designs and artworks. HK Walls, an annual street-art festival that brings together local and international artists, has returned with a programme in Wong Chuk Hang that features not only public mural paintings but also screenings and a face-off battle between street artists. Participants include Wong Ting-fung, Mauy Cola, Taka, Messy Desk and Abdulrashade. Some of their activities are also part of this year’s Art Day on March 23, organised by the South Island Cultural District. 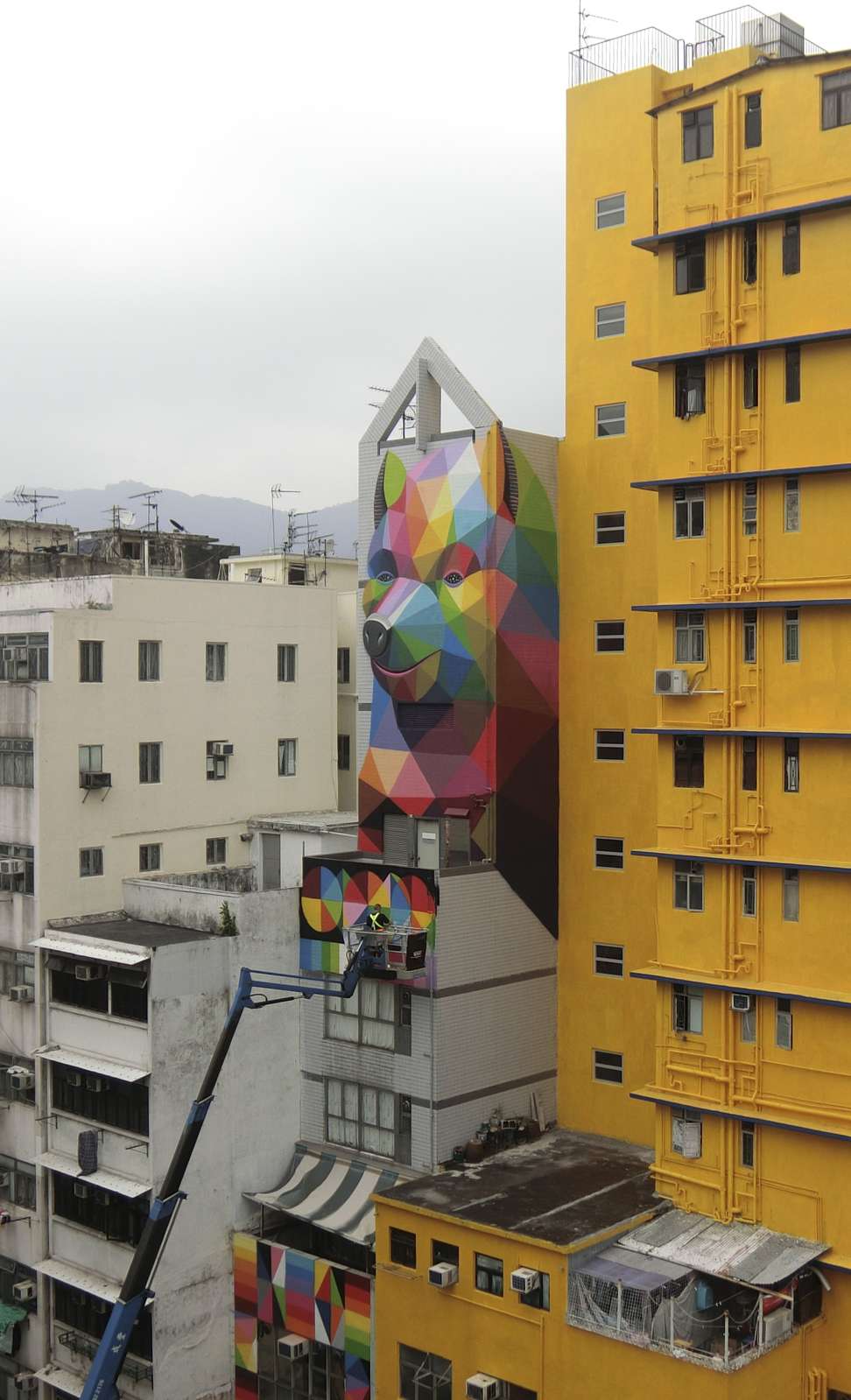 Zaha Hadid: There should be no end to experimentation

This exhibition, which shines light onto Zaha Hadid’s creative process, was conceived in early 2016 by Hans Ulrich Obrist, the artistic director of London’s Serpentine Gallery, and the visionary architect herself. However, Obrist had to go it alone when Hadid died suddenly of a heart attack before the show got off the ground. The British-Iraqi architect’s early drawings and notebook sketches went on display at the Serpentine late last year as a tribute to her. Now it’s in Hong Kong with newly added exhibits.

The title of this exhibition hints as to what it’s about. From social media to search engines to state control of the internet, the digital ecosystems of China and the West are conspicuously different. But how do they affect artistic practices? This project, co-presented by the K11 Art Foundation and MoMA PS1 (a contemporary art space affiliated with New York’s Museum of Modern Art), tries to answer this question by comparing the works of a dozen artists from across the world. Check out Chinese artist Li Ming’s Straight Line, Landscape (2014), which utilises 25 iPads to display his journey across the country. Projects and The Skateroom

Both are highlights of this year’s Art Central, an annual art fair held on the Central Harbourfront that is in its third year. “Projects” showcases six large-scale installations, peppered throughout the fair, by artists Simon Pericich, Yu Yohan, Santi Wangchuan, Hannah Quinlivan, Tang Jie and Glen Hayward. Curated by Jims Lam Chi-hang, this collection sets out to explore how artists experiment with different types of raw materials, giving new meaning to everyday items. On display at “The Skateroom” are works, printed on skateboards, by renowned contemporary artists such as Ai Weiwei and Jean-MichelBasquiat. One version features images of electric chairs by Andy Warhol. The Skateroom is a non-profit organisation that uses skateboarding, art and education to engage with youth.

An exposition, not an exhibition

For the past five years, independent cultural space Spring Workshop has dubbed itself a “hackerspace” for visual arts, but now it’s wrapping up its final year with music. “An exposition, not an exhibition” is presented by American composer and artist Ari Benjamin Meyers, who spent two seasons of residency at Spring Workshop. His new piece, as well as an array of works by local artists, will be performed in seven locations across Hong Kong. And, as is common at Spring Workshop, it will try to blur the boundaries between different artistic disciplines, and this time between performers, audiences and institutions. (An)other-Half: Being a Wife/Mother and the Practices of the Self

Six female artists take an introspective look at their own experiences to address a tough question: how do you care for your family, fulfil your role as a mother and/or wife, and still maintain your individuality and solitude to create art? They show that none of these are more important than the others, and finding the perfect balance between them can be a lifelong journey for women. This article appeared in the South China Morning Post print edition as:
Spate of the arts
PrevPreviousKeep an eye out for these artists at Art Central 2017
Next5 Things to know about Art MoneyNext