Art Market Productions pivoted its mini-empire of art fairs after realizing the similarities between field hospitals and art-fair tents.

For the past decade, Max Fishko has been one of the art market’s go-to creators of regional contemporary art fairs. A welcome presence on the circuit, he’s a wheel-greaser nonpareil, and has helped build and maintain contemporary art expos in places such as Seattle, Texas, Manhattan’s West Side, and the Hamptons, where he directs the tony vacation district’s leading fair, set in a tent near the Bridgehampton Museum.

His firm, Art Market Productions, which he founded alongside partner Jeffrey Wainhause, is the connector that liaises with not just exhibitors and VIP attendees, but also the people who build the tents and set up the walls.

Of course, all such fairs are on hold for the moment, which is why Fishko was a little surprised last week when he received a call from his tent guy.

“We got contacted by a vendor of ours who was involved in the construction of the drive-through facilities for coronavirus testing,” Fishko said on the phone this week. “And a number of the state agencies had shown him what they were thinking about in terms of getting pop-up hospitals set up.”

“When he looked at what they were planning, he said, ‘This looks like an art fair,” Fishko said. “He showed us a drawing and we couldn’t agree more.”

After years of building abodes to shelter the mega-rich as they barter with art dealers over paintings and sculptures, Fishko has now pivoted his entire operation to build hospitals to coronavirus patients. The exact locations of the hospitals are still to be determined, but they will be similar to the field hospital set up in New York’s Central Park.

“We’re in contact with different agencies in different states. The general idea is we’re one of the few who are able to manifest this as quickly at this price,” Fishko said, adding that he’s doing it all at cost, meaning that there will be no profits to his production company.

Others have already made the mental leap between art fairs and the new hospitals being set up in New York, which has quickly become the global epicenter of the disease. The Jacob Javits Center, which is due to be the home of the 2021 Armory Show, is now a temporary 1,200-bed hospital set up by the Army Corps of Engineers. Rooms for patients at the Jacob Javits Convention Center in New York, which has been transformed into a temporary hospital. Photo by Liao Pan/China News Service via Getty Images.

“It’s like the same thing, it’s crazy,” Fishko said. “I was driving with my business partner over by route 17 in New Jersey, and we saw one of the tented structures, and we knew what the structure was—we knew the place it came from.”

Fishko is now liaising with his suppliers and using the logistics expertise of the McKinsey crew to get a nationwide inventory of all the materials necessary to assemble what he called an “art-fair kit.”

“We needed to figure out where everything is, and how long it will take to get,” he said. “We’re reaching out to our partners to source anything that we can lend to these facilities.”

He’s also partnering with the non-profit RxArt and the communications consultancy Cultural Counsel to get design elements and artworks installed near the hospital beds. “There was a lot of research around the presence of art in the facilities, and they reported less pain,” he said of patients.

There may also be a push to activate art-shipping networks to deliver medical supplies and machinery. If such systems can be responsible for getting extremely valuable paintings or complex mechanical art installations to far-out locales, why can’t they handle ventilators?

The first signs of construction will hopefully come in the next few weeks, depending on funding. And after the coronavirus has subsided, Fishko thinks his company can go back to producing art fairs. A big dollop of optimism certainly doesn’t hurt.

“We’re going to see market behavior, even if there’s going to be a prevailing overall distancing,” he said. “I think people are going to decide they want to live outside of cities. But I think they’re going to want the cultural engagement of a single standalone event.” 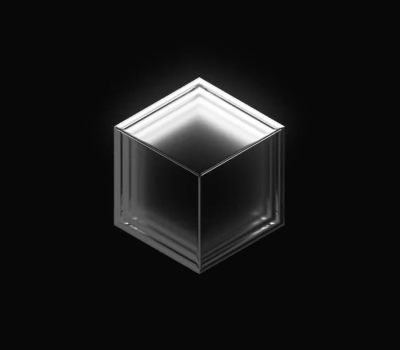